Griftlands is a deck building game set on a cutthroat alien planet where conflicts require either a sharp dagger or sharper wit. Your tools to survive are shuffled into decks of cards that grow and evolve through the course of the adventure. Klei Entertainment’s card battler sounds similar to games like Slay the Spire, but the differentiator is an interconnected world full of characters and factions where your actions and relationships actually matter. Griftlands presents a mostly satisfying narrative while scratching my itch for complex deck building roguelikes.

The bulk of Griftlands’ action revolves around card slinging during heated negotiations and battles. However, the combat and negotiation systems both have bespoke decks and mechanics. Battles are straight forward physical fights where you use attack, defense, and augmentation cards to defeat the opposing force. These augmentation cards do everything from apply damage over time to increase the power of other attacks and they do a great job adding strategic depth to the action. Sentient enemies and allies have panic points and surrender once their health drops below a certain threshold. This clever system gives you a powerful and intriguing choice to spare or execute your foes, though accidents happen, and people can die regardless of your intentions. Killing an enemy rewards you with cards to add to your deck, but their death makes the public aware of your pension for violence and can turn a victim’s friend into an enemy. I enjoyed maintaining the delicate balance of keeping foes alive while dispatching of their cohorts to keep my character’s standing in the world as pristine as possible. Adding this combat puzzle to encounters wonderfully extends agency into a system easily boiled down to kill or be killed and helped add additional stakes to each encounter.

Negotiations, on the other hand, are my favorite part of the game. I love seeing my conversations represented through game mechanics rather than the typical dialog tree. Additionally, I appreciate being able to navigate conflicts without always resorting to violent tactics. These debates are triggered when trying to get information, pushing for a few more shills on a completed job, or to demoralize an opponent before a real fight. Your goal is to reduce the resolve of your opponent’s core argument. Side arguments have various effects on the discussion, giving benefits to yourself or hindering the opponent. These additional arguments stand separate from your core argument and must be defended as if they were allies in battle. Failing a negotiation doesn’t end the game, so negotiations present a complex, fun, and low-risk solution to some problems. Losing a negotiation may lead to a physical confrontation, but talking things through can avoid some confrontations or provide buffs during street fights, so it’s usually worth a shot. I found it a little overwhelming at first to learn a second set of card mechanics, but ultimately I found the flavor and execution of the negotiation system to be excellent.

Griftlands’ three distinct campaigns are full of meaningful content, each following a unique character in different areas of the harsh continent of Havaria. Sal seeks revenge against someone who sold her into indentured labor in Murder Bay. Rook is a former military agent specializing in espionage who works both sides of the conflict in the Grout Bog – just like he works his trademark lucky coin. Smith, the black sheep of a wealthy family, aims to collect an inheritance he was never promised by bolstering his fame despite his heelish personality. All three stories feel very different, but together paint a great picture of the factions, people, and struggles that tie the world together. Sal’s narrative feels more urgent and dire than the others, while Smith’s story is breezier and lets you revel in playing a self-absorbed jerk. Learning their differing styles of combat and negotiations is a joy. The entire cast is fun to pilot and each employs tactics in-line with their personalities. For instance, Smith uses his notoriety to do the heavy lifting in negotiations while his combat style is a mix of heavy drinking and self-harming pro wrestling moves. Discovering ways to exploit Rook’s reliance on coin flipping manipulation and creating devastating negotiation combos was an absolute highlight of my time in the Griftlands.

The main story beats remain the same from one run to the next but the jobs you take each day, and the choices along the way, create a new adventure each time. You may end up on the opposite side of the final conflict or find yourself facing down allies you befriended earlier in the run. These choices make each run through Griftlands rewarding and help sell the procedurally generated story moments. All of the named denizens of Havaria have their own factions, places they frequent, and styles of negotiation and battling. If you are in their good graces, they may even jump in and give you a hand during conflicts. I spent a few shills grabbing a drink with a character one night and then they saved my butt the next day when I got in a jam. It’s important to make friends along the way and hard to survive without a few on your side. This leads to a minor gripe: there aren’t many reasons to want characters to dislike you. In a game where morality and relationships are at the core of your interactions with a harsh, dangerous world, the fact that you can’t use negative emotions to your benefit in some way feels like a missed opportunity to me.

Griftlands is an ambitious package. Not only does it combine two different compelling deck building systems into one game, but it’s attempt at relationship building feels like a small-scale version of what I loved about Mass Effect. Best of all, it pulls it off. Griftlands leverages the strengths of card-based roguelikes, delivering a different experience with each adventure, providing various deck archetypes for each playable character, and every in-game day brings new objectives to keep the experience fresh. The Griftlands may be an unforgiving, harsh place to live, but it’s a world I’d like to keep visiting. 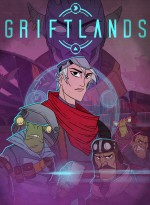 Summary: Klei’s fun and challenging card mechanics are backed up by great characters and elaborate worldbuilding.

Concept: Survive in a harsh land by talking and fighting your way out of challenging situations with decks of cards

Playability: Winning isn’t easy, and the card systems are full of complexities, but learning their intricacies is very satisfying