YouTube TV solves all those ‘not expensive enough!’ complaints with new 4K add-on

YouTube TV may have started as an affordable alternative to traditional cable, but these days, it’s starting to look a whole lot more like Spectrum or Comcast. Not only have subscription costs continued to climb for the service, but Google has kept up the all-too-familiar tradition of offering add-ons for extra content. YouTube TV is finally getting its long-awaited 4K tier starting today, along with a couple of features users have requested for years. Unfortunately, it won’t come cheap.

Google’s new “4K Plus” plan is available for subscribers starting today, complete with a one-month trial. As the name suggests, 4K Plus brings along select UHD content, though much of it is primarily sports-based. YouTube’s blog post highlights 4K streams for “major sports events this summer,” which is likely alluding to the Olympics without, you know, spelling it out. Also promised: live broadcasts from NBC and ESPN, college football and basketball games streaming later this year, and on-demand shows from FX, Discover, and Tastemade.

All things considered, that’s a pretty small selection of content. While streaming services have shot and streamed their originals in UHD for a while now, broadcast networks are still limited by aging cable boxes. That could be why, in addition to a free 30-day trial, YouTube TV is giving 4K Plus subscribers $10 off the usual pricing plan for the first twelve months.

4K Plus will cost users an additional $20 per month on top of their existing plans during regular billing cycles. However, in the tradition of the cable companies it promises to replace, you’ll only have to pay $9.99 for the first 12 months. If you cancel or pause your YouTube TV payments during this period, you’ll lose out on promotional pricing, so make sure you’re set for another year of service if you were looking to try out 4K streams. 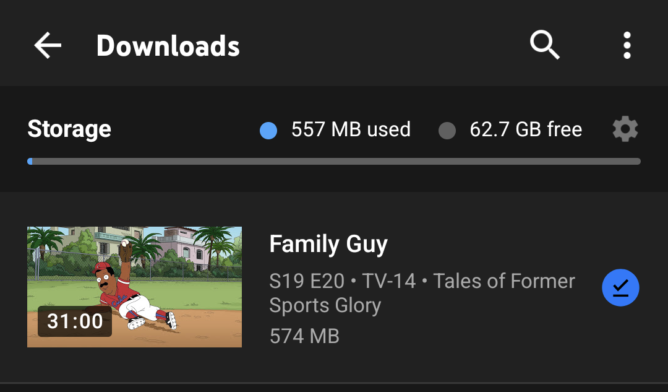 Alongside the bump in resolution, YouTube is also bundling a couple of premium features into this new plan. Not only do 4K Plus subscribers gain access to unlimited streams within their home — removing the original three-stream cap — but DVR recordings can be downloaded to mobile devices for offline playback as well. Those are two heavily requested features from subscribers, and it’s a real disappointment to see them kept in an expensive add-on plan.

There is some good news for current members looking for a better streaming experience without shelling out extra cash every month. YouTube is bringing 5.1 Dolby audio to all members over the next few weeks, though only “select devices” will support it. Also coming soon: improved search results and DVR seeking for sports, and a viewable medal count for the Olympics.